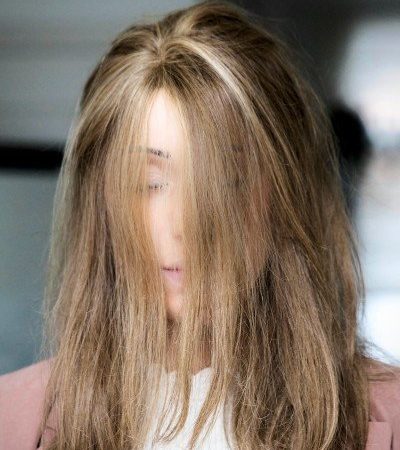 ‘I created so much drama around it in my head, but it turned out there was no need for that’
Eef (49) was in a relationship for eleven years, but she was never able to tell her ex that she suffers from trichotillomania and wears a hairpiece. Her current boyfriend Peter does know about it. ‘He said: ‘Is that it? Surely you didn’t think I’d leave you because of that?’

‘Peter and I had been dating for a few months and I really liked him. When I was having lunch with a close friend of mine who knows him too, she said: ‘If you want things with him to go further, you have to be honest with him.’ I knew she was right. If there was something I’d learned from my previous relationship, it was that living with a secret is draining. I’d been with my ex for eleven years and I’d never managed to tell him the truth. I thought: if I tell him I pull my hair out and wear a hairpiece, he’ll leave me. And who will still want me? All those years, I hid in the bathroom when I had to wash my hairpiece. When we went on holiday, I would secretly pack extra adhesive tape and cleaning products for my hairpiece. Really tiring and annoying, and I felt like I was deceiving him. Looking back, he probably suspected something, but he never let it show. I was broken when he ended things. And now, after finally finding a cool, new guy, this secret was standing between us yet again. No matter how scared I was, I wanted to do things differently this time.

‘I think your beautiful’

‘Sit down, I need to tell you something serious. If you don’t want to stay with me, I understand’, I told Peter, while sitting down next to him feeling tensed. I’d gone over this scene in my head so many times. ‘Is there someone else?', he asked. ‘No, it’s not that. I need to tell you that I am partly bald. It’s because since the age of twelve, I’ve had this horrible habit of pulling my hair out when I’m stressed. I’d love to break this habit, but I can’t seem to stop. So I wear a hairpiece.’ There. I said it. Peter’s reaction was better than I’d dared to hope. ‘Is that it? Surely you didn’t think I’d leave you because of that?’, he said. ‘I care about you, Eef. I love you and I think you’re beautiful, inside and out. I couldn’t care less if you have real or fake hair.’

‘I thought if I told him that I pull my hair out and wear a hairpiece, he would leave me. And who would want me then?

Something that helped me calm down

Man, I was so relieved. I was 43 and I’d told a man the truth about myself for the first time in my life. I went to a dark place when my previous relationship ended. All of my sadness, insecurity, anxiety and anger - everything I’d bottled up for thirty years - came out when he left me. When I went to a therapist that my workplace offered, I lay everything out on the table. I talked about my childhood and how I was bullied in elementary school. I was a young student, too shy to defend myself - an easy target. When I was 11 and went to middle school, the bullying continued. I suffered from acne and my girlfriends said I was the ugliest one in the group. I felt so lonely and sad at the time. My parents were aware that I was miserable at school, and they talked to teachers, but it didn’t make any difference. And then all of a sudden, out of nowhere, I found something that helped me calm down. I remember it very clearly: was 12 years old and I was sitting on a stool in the kitchen with my mum. I ran my fingers through my hair, I wrapped one around my finger and I pulled it out. I felt a twinge of pain on my scalp and I remember it feeling so nice. I found another hair in that same spot and pulled that one out too. And then another one, and another one. After that first time in the kitchen, I couldn’t stop doing it anymore. Pulling hair out calmed me down.

My mum only realized what I was doing when a bald spot the size of a 1€ coin appeared on the top of my head. ‘What on earth are you doing?’, she said angry. She took me to the hairdresser right away but they couldn’t fix it either, obviously. I sat in a barber chair while they looked down on me in shock, and I was so ashamed. When we got home, my dad was angry too. What on earth were you thinking, harming yourself like that? Later on, I understood my parents’ reaction. It was because they didn’t understand and felt powerless. But I think it would have been more helpful if they had just talked to me about how I was feeling. I didn’t know why I did it either, all I knew was that it calmed me down. Every time I pulled a hair out, I got this nice feeling. I usually did it for a few minutes, and then the urge would go away. And sometimes I would do it again after fifteen minutes.

My full head of dark, curly hair became thinner and thinner. In the end, a bun was the only thing that could hide the bald spot on the crown of my head. My friends would sometimes ask me why I always wore my hair up everywhere I went, but I never went into it. I also hid it from boyfriends meticulously. And so it turned into a secret that always caused me stress. When I was around 30 years old, the bald spot on my head got so big that I couldn’t wear a bun anymore. That’s when I decided to look for a hairpiece. With the help of the hairdresser, I chose a hairpiece that could be attached onto my own hair with medical glue. He made a big deal out of it: he hung a cloth over the mirror to build tension and started blow-drying it. When I looked at myself, I was shocked for a second. I hadn’t seen myself with a full head of hair in years! I loved it, even though it didn’t quite look like my own hair. When I got home, I showered right away because I wanted to see what it looked like wet. I thought it was so cool. For the first time in a long time, I felt beautiful and happy again. Unfortunately, that feeling didn’t last long. Because the hair I still had continued growing around the hairpiece, the hairpiece would come loose quite easily. As well as that, my skin couldn’t stand the glue, so it became incredibly itchy. All in all, it caused me more stress than the bald spot. I tried wearing a hairpiece that covered my whole head, but that wasn’t great either. It was all a hassle to hide the truth.

It was only when I went to therapy that I started to accept myself for who I am. I did exercise, I painted, and I did fun activities with friends every weekend. I was finally happy with myself. Because I wanted to give the new me a fresh start, I made a drastic decision: to cut off my long hair. Since then, I have a pixy haircut. I’m wearing a hairpiece again, and this one is glued and it flows into my real hair, so it looks really natural. Every ten days, I take it off, wash my hair - so nice! - and trim it. Then I glue it back on. Even though it gets smelly quickly in the summer, this is the best solution for me. My pieces are custom-made in China and I buy four of them at a time for 2,400€, which last me a year. It’s a ton of money, but I am happy to spend it on that. My mum always chips in because she thinks I should always be able to look beautiful. I’m glad she understands how important it is for me. Because of COVID-19, I had to wait 8.5 months for my new stock. It was awful - there’s nothing worse than having to walk around in a worn-out hairpiece.

‘After struggling with it for thirty years, I can finally say that I have accepted myself for who I am. And my trichotillomania is part of that’

It is what it is

I get a lot of compliments now that I have this hair. It’s such a great confidence boost to look good! The other day someone was surprised that my hair looked so good despite the lockdown. I don’t tell everyone about my hairpiece right away, but it is getting easier and easier. I’m also starting to open up about my trichotillomania. I notice that people are shocked when I tell them about it, they feel sorry for me. They don’t need to feel sorry for me. After struggling with it for thirty years, I can finally say that I have accepted myself for who I am. And my trichotillomania is part of that. Some people bite their nails, others pick their nose, I do this. I still hope I will be able to completely stop doing it one day, but I don’t let my happiness depend on it. It is what it is. I don’t have a secret anymore, and that’s incredibly freeing. 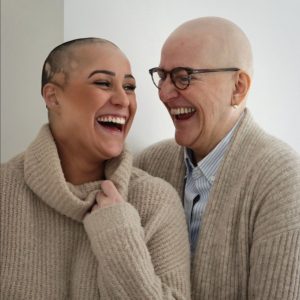 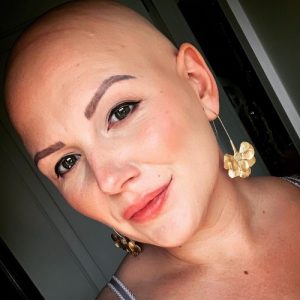 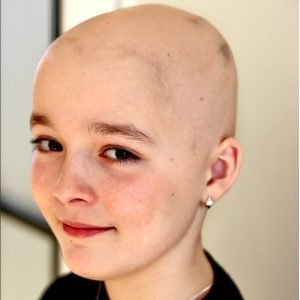 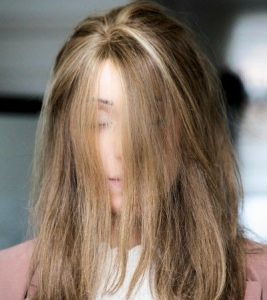 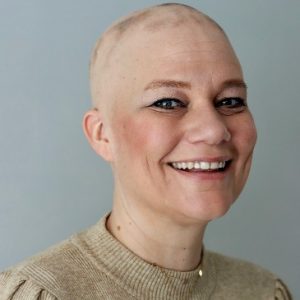 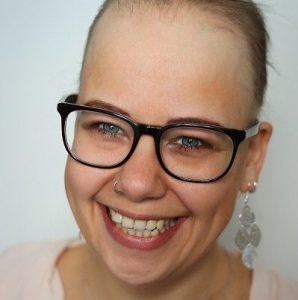 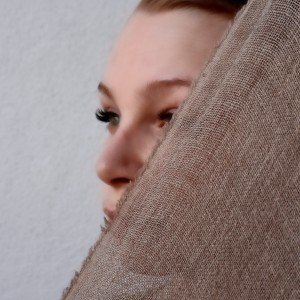 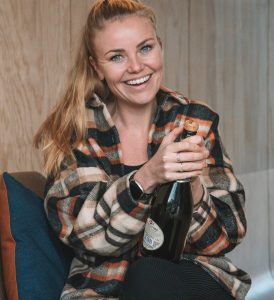